I hadn't been paying attention to my rhubarb and they became over grown. The leaves were getting so big that a few of the stalks were breaking at the base so today i decided to cut the bigger stalks and let the smaller ones grow. My wife makes a delicious jam from our rhubarb. 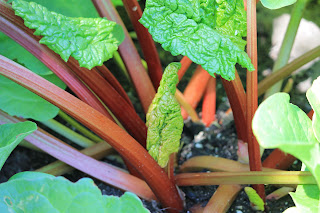 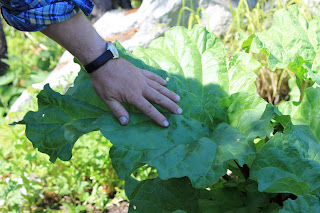 The greens are coming along fairly well. I think I should have started them earlier but I was afraid of the frost.
They are usually the first produce from the garden and I usually plant them two or three times in the season. We love them with our traditional Newfoundland jiggs dinner. 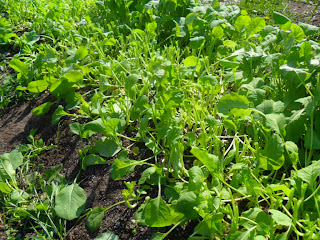 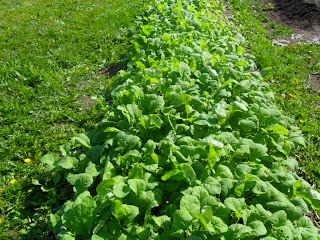