Harry Dodson, who has died 85, became a household name in 1987 when the 13-part series The Victorian Kitchen Garden was first shown on BBC 2.


Chronicling a year in a restored walled garden in Berkshire, Dodson, with his soft Hampshire burr and affable demeanour, and his co-presenter, the horticultural lecturer Peter Thoday, explained the techniques practised in the heyday of country house kitchen gardens.


Although not a Victorian himself, Dodson remembered working with those who were; and he had been trained in the rigorous tradition of "private service" which survived until after the Second World War.


Harry J Dodson was born at Byfleet, Surrey, on September 11 1919, the son of a gardener. His father died when he was six, and he moved with his mother and brother to the Selborne estate at Blackmoor, Hampshire, where his grandparents lived and where his uncle, Fred Norris, was head gardener. Even before he left the local school at 14, young Harry could thin a bunch of grapes and tie a peach tree. He began work as a "garden boy" under his uncle, earning 7s 9d (39p) a week, moving on regularly to better himself. He was an "improver journeyman" in the kitchen garden at Stansted Park, Hampshire, seat of the Earl of Bessborough, where he lived in a bothy with other unmarried gardeners. When war broke out, he was at Ashburnham Place, Sussex, where he enlisted in the Royal Sussex Regiment; he saw service in France.


With the return of peace, Dodson went to work as general foreman for Lord Harcourt at Nuneham Park, Oxfordshire, where he met his future wife. In 1947, he advertised for a job as head gardener, "to be married when suited", and was taken on at Chilton Foliat, a house near Hungerford belonging to the Ward family. At 27, he was one of the youngest head gardeners in the country.

Dodson became well known in horticultural circles, winning 10 Royal Horticultural Society Gold Medals for displays of vegetables. In 1956, he was asked to join the RHS's Fruit and Vegetable Committee, and served on it on it for almost 50 years. In 1961, he was made an Associate of Honour of the RHS. He was also a member of the Council of the Gardeners' Royal Benevolent Society from 1961 to 2003.

Eventually, the cold hand of economics clutched Chilton, and "things began to wind down", as he put it. Rocketing oil prices made heating such extensive glass unviable, and the owners allowed Dodson to use the walled garden rent free for his lifetime as a commercial nursery.

His life changed in 1984 when Jennifer Davies, a researcher for BBC Bristol who was planning a television series on Victorian gardening, found both the walled garden and the gardener she wanted to talk about it. Dodson's enthusiasm for the project was immediate and, with the blessing of the Wards, the gardens were restored and planted with period cultivars; a student "apprentice" was provided, and filming began.

The programme's attraction lay partly in Keith Sheather's masterly direction, partly in the authenticity of the techniques shown, and partly in the soft-focus nostalgia they evoked for an age most viewers never knew, when every task was done with practised care.

Dodson was a product of a long, exhaustive, hierarchical apprenticeship, the like of which had completely disappeared by the 1980s. Modest and charming, respectful yet with a proper self-confidence, friendly and generous with his knowledge, and neatly dressed in collar and tie, he was a "natural" on television.

All were accompanied by books written by Jennifer Davies, which have undoubtedly contributed to the contemporary interest in "heritage" fruit and vegetables.

Harry Dodson remained at Chilton Foliat, living in the head gardener's house, until his death on July 25. He is survived by his wife Jane. 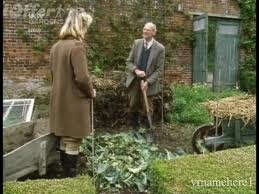 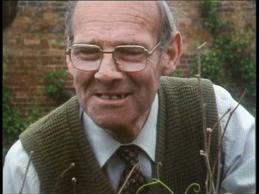